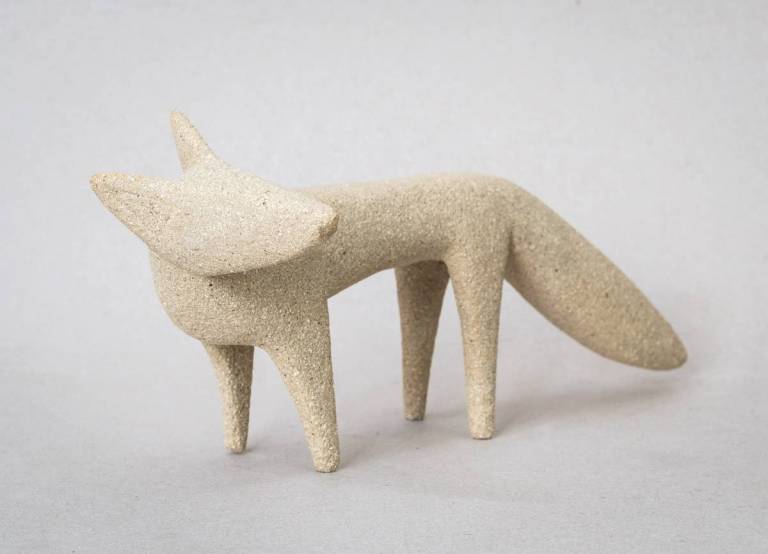 We took a long time trying to woo Stephanie as we believe her work to be rather special.  As soon as you hold one of Stephanie’s animals, you can’t help but feel a connection to the earth and a time past.  Stephanie’s work is influenced by animal forms, particularly with horses and dogs, having spent much of her childhood in Scotland growing up with them.  Stephanie has always had animals around her and the connection she has with them is the essence of her work.  “Many years of observing them and the deep love and respect I have for them, is what I hope to express in my work.”

Stephanie now lives in West Cornwall where she’s inspired by woodland, the dramatic coastline where outcrops suggest ancient animal forms, with prehistoric looking cormorants, fleeting glimpses of foxes and badgers and the power of sea never too far away.  “The ceramic forms I make are stylised to emphasise power, elegance and grace or to convey a familiar holding of the body or movement of the head, perhaps a comical movement or a deep sense of peace in a resting form.”

You can now click and buy online - please note a charge of £15 will be automatically when you check out.