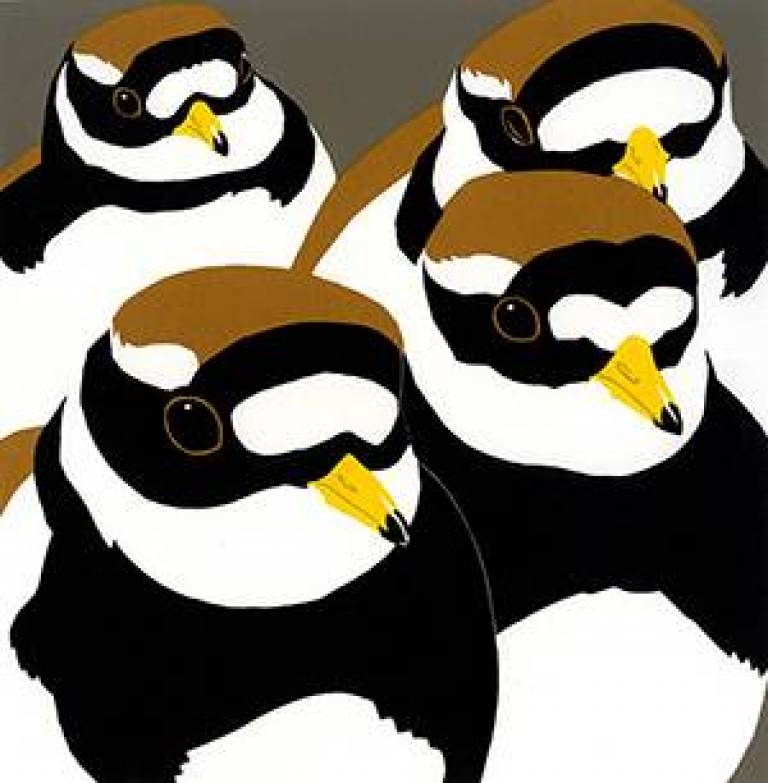 Robert Gillmor is the UK’s most famous living wildlife artist – he’s affectionately known as the grandfather of wildlife art.  Now in his 80s, and due to restricted mobility, he’s no longer able to produce linocuts (a rigorous process).  In 2015 Robert was awarded an MBE for services to wildlife art.  He is one of the UK’s most popular wildlife artists; creator of the RSPB logo, cover artist for Collins’ long-running, flagship New Naturalist series.  In the last 12 years Robert has produced 33 Collins New Naturalist covers, 30 gallery editions, 23 jackets etc and 46 stamp designs.

Robert is a founder of the Society of Wildlife Artists, alongside Scott, Ennion etc., has contributed to over 500 books and magazines, and has illustrated the prestigious Collins New Naturalists covers since 1985. Also, a total of 46 Royal Mail Stamps including Birds of Britain, Fur & Feathers and Farm Animals: Sheep, Cattle and Pigs.

Please note these prices are for unframed screen prints.