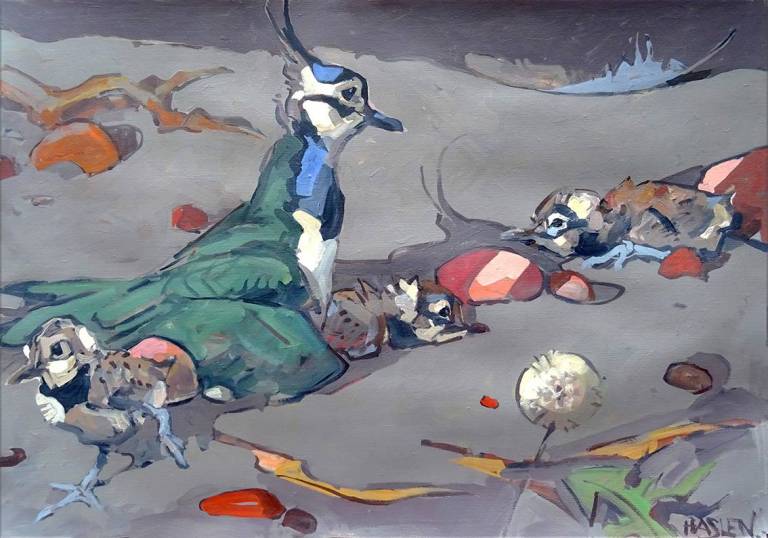 Andrew was born in 1953 and he has lived and worked all his life in the North Essex/ South Suffolk area.  The majority of Andrew’s work concentrates on animal subjects, especially hares, a creature he finds continually fascinating to draw and paint. Perhaps his incredible ability to capture the hare so perfectly comes from his hand-rearing of several leverets.  Other subjects particularly attractive to Andrew are birds, especially the more colourful, such as woodpeckers and the kingfisher.  His work has recently been published in this stunning book, The Winter Hare, Langford Press, £38 (available from our sister company Red Hare Publishing).

In 1988 Andrew started the Wildlife Art Gallery, in Lavenham.  In the same year Andrew was elected a member of the Society of Wildlife Artists.  Andrew was invited to join the Artists for Nature Foundation’s expeditions to Holland, 1990, Poland, 1992, and Alaska and Ireland, 1995.  His work is included in the relevant books published by the ANF.

During his career Andrew has won several awards, these include: Winner of the Royal Society for Nature Conservation ‘Natural World’ Art Award, 1992 & 1997 and Runner-up in 1993. Winner of the Royal Society for the Protection of Birds Art Award 1996 and 1999. Work shown at the Leigh Yawkey Woodson Art Museum, Wisconsin U.S.A.. Birds in Art 1993 (work purchased by the Museum). Birds in Art 1995. The Artists View 1996